BURTONSVILLE — As the defense forced sack after sack in the second half and the offense piled up touchdowns, the St. John’s sideline grew louder, yelling in adulation for their brothers on the field. Everyone on the sideline was feeding off the energy of their teammates and it showed throughout the evening against conference rival Gonzaga.

With their 32-14 victory over Gonzaga Saturday afternoon at Paint Branch High School, the Cadets enter the Washington Catholic Athletic League playoffs undefeated for the first time since 1975.

The two adversaries were feeling each other out in its first half, as neither offense was truly able to get a whole lot going. Gonzaga freshman quarterback Caleb Williams was able to have a lot of free time to dissect the defense and avoid big mistakes. Statistically, Williams was able to outplay Doyle in the first half, throwing for 84 yards on 8-for-14 passing and a touchdown, and Lucas Warfield ran for 30 yards in the first two frames. Cadets running back Keilan Robinson, meanwhile, was the bright spot on offense as he ran for 72 yards, but Doyle could only muster 51 yards while going for 5 of 18 in passing attempts before the break.

“I don’t think we handled the way they were playing us well, ” St. John’s coach Joe Casamento said. “We came in at halftime, the kids were calm, sat down, said ‘Okay, this is what we’re doing. Went out there, did it, and it works.'”

The third quarter is where the tide turned. During the second half, Doyle and St. John’s offense bounced back in a big way. The recipe of feeding Robinson while putting Rakim Jarrett, Quinten Johnson and Charles Briscoe out in space proved to be what the doctor ordered. After a 32-yard field goal by Rafael Checa cut the Gonzaga lead to 14-12, Doyle led the Cadets on a seven-play drive that ended with a 15-yard dart to give the Cadets an 18-14 lead it wouldn’t relinquish.

The fourth and final frame proved to be the most decisive for St. John’s. After Antwaine Littleton rumbled 10 yards across the plane to give his Cadets a 25-14 lead, the defense had its two finest series’ of the game. With the Eagles attempting one last comeback effort, down 11 points and a little more than eight minutes left, the defensive line of Goode, Tre’mon Morris-Brash and Caleb Okechukwu created some chaos.

Goode sandbagged a screen, snuffed out a rushing attempt for no gain and sacked Williams that forced an important fourth down, where Morris-Brash and Okechukwe combined on a soul-crushing sack. The Cadets were able to sack Williams six times in the second half alone, led by the performance of Morris-Brash and his 4.5 sacks.

“We didn’t say anything to the coaches, it was just the defensive line and linebackers sitting down,” Goode said. “[Williams] can’t handle any pressure, so we gave it to him.”

Doyle put a dagger into the Eagles hearts when he and Johnson hooked up once more, this time for 29 yards, giving the Cadets a commanding 32-14 lead. Doyle finished the contest on 18 of 28 passing, 182 yards and a trio of touchdowns.

“We just wanted to go to our bread and butter,” Doyle said. “We just ran the ball down their throats, our little pot passes, and we just had the better athletes on the outside.”

Tweet
About Brooks Warren 28 Articles
Brooks Warren is a Class of 2014 graduate of Albert Einstein High School. He's always been an avid writer and started doing his own sports blog, The Hop. As he works with Maryland Sports Access, he hopes to evolve his brand and create relationships that will help him go far in this great business. As a sports fan and former athlete, he has experience in wrestling, track and field, and basketball. Although track and field was his first love he has mostly covered basketball. He looks forward to dipping his toe in high school football and basketball, as well as collegiate basketball. He hopes to get into coaching and mentoring youth one day, and enjoys spending time with friends, playing football and basketball. He also volunteers his time at Montgomery Hills Baptist Church, helping out with summer programs. Warren currently attends Montgomery College and intends on transferring to Towson University in the fall of 2017, and has career aspirations of being an ESPN columnist and even being on TV.
Contact: Website Twitter 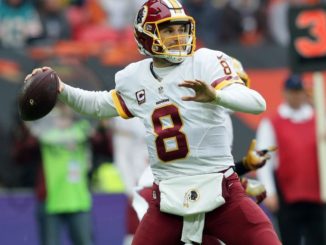