Editor’s note: Maryland Sports Access is proud to bring coverage of local dirt track racing, a grassroots racing level to NASCAR. One of the reasons why we started MSA is to bring coverage to sporting events in Maryland we seldom hear, or need to hear more of. Dirt track racing is the epitome of what we are trying to deliver. Every driver, team owner and crew member has a story to tell, and with the sport rapidly growing interest amid NASCAR’s sudden decline, it needs love. We’re here to fill that gap with with coverage from Hagerstown Speedway in Washington County, a track in its 70th anniversary and with rich history, like hosting NASCAR sanctioned ARCA races. Hagerstown Speedway has its own track series consisted of four divisions — Hobby Stock, Pure Stock, Limited Late Models and Super Late Models — and races are usually held on Saturday nights. Hagerstown Speedway also hosts an annual Lucas Oil Late Model Dirt Series race and the Monster Jam series. For perspective, many NASCAR drivers have come from the dirt racing scene, like Tony Stewart, Clint Bowyer, Kasey Kahne, Ryan Blaney and Kyle Larson. While we will primarily cover the Super Late Model series at Hagerstown Speedway, feel free to shoot us an email at [email protected] for anything you, the fans, would like to see. Best — Kyle McFadden, co-founder and editor-in-chief of MSA. 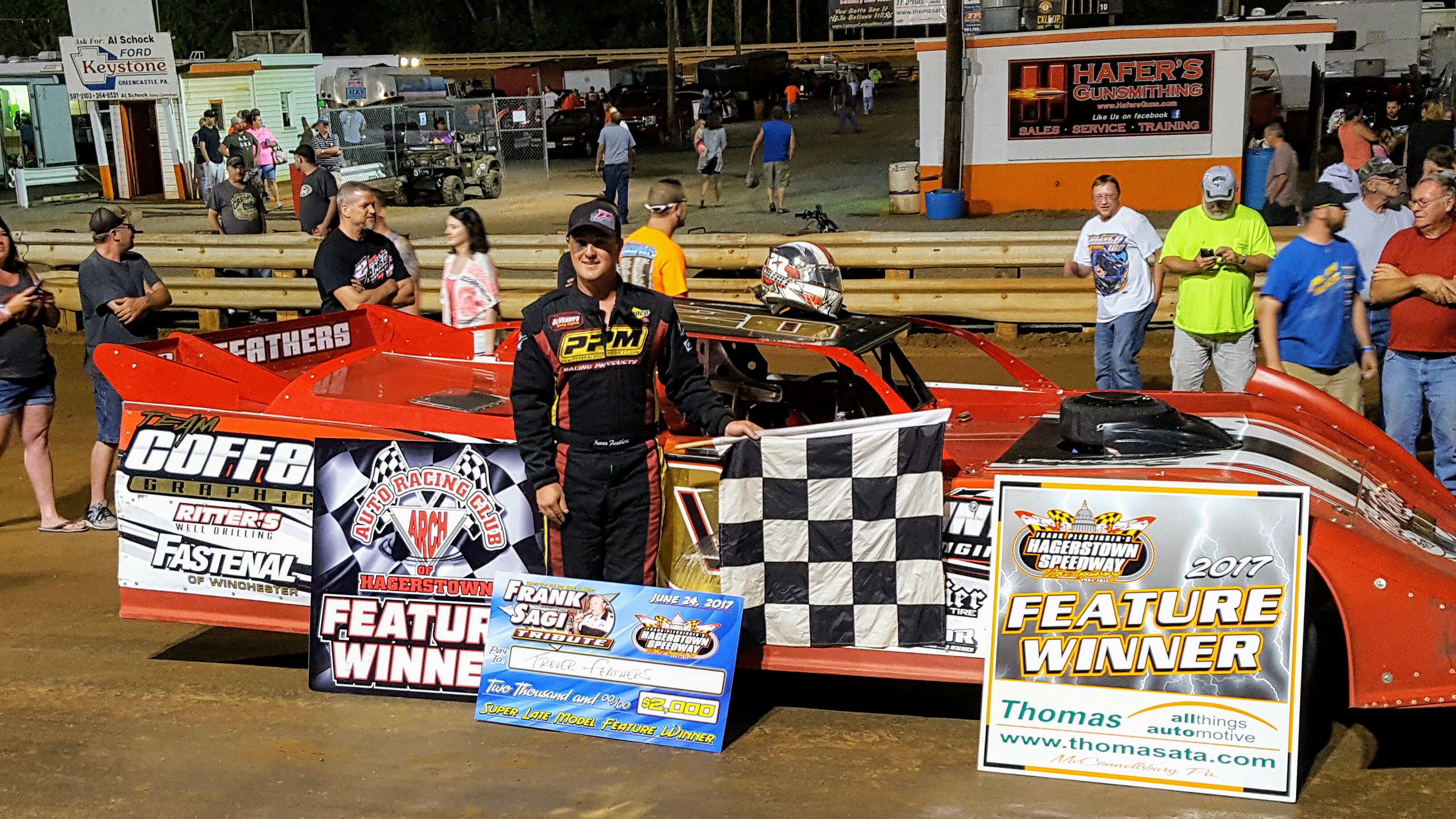 Follow @k_fadd HAGERSTOWN – Trever Feathers slipped out of the cockpit of his apple-red late model and sprung to the roof where he pumped his fists into the clay-laden atmosphere after manifesting another racing clinic. […] 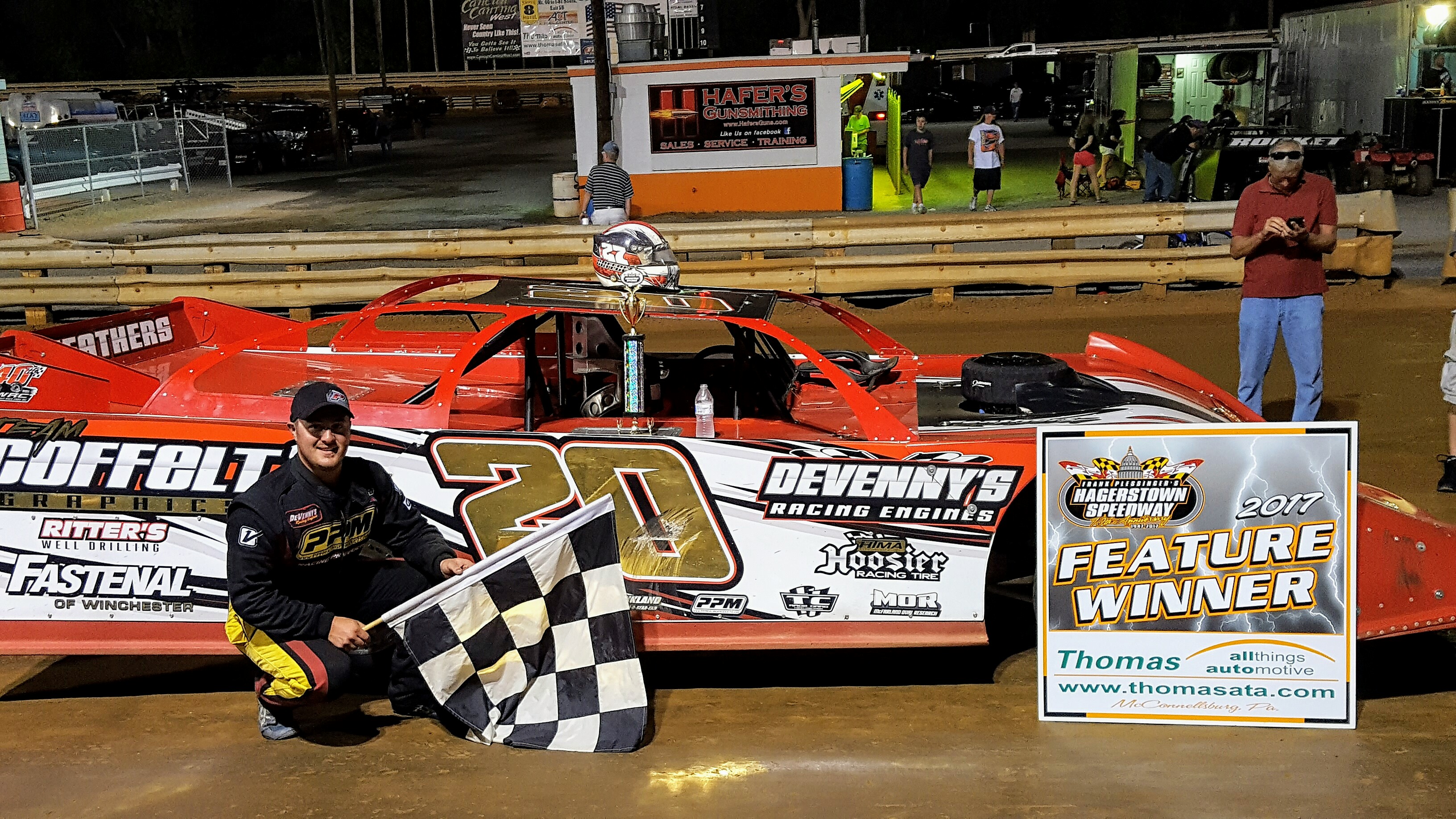