Fort Meade, MD. —  Broadneck earns a spot in the 4A playoffs after a late fourth quarter surge on the road to beat the Meade Mustangs.

Tweet
About Evan Engelhard 65 Articles
Evan Engelhard is a graduate from Linganore High School’s class of 2012. In high school he attended a two year program for TV/Multi-Media Production at the Frederick County Career and Technology Center from 2010-2012. There he received a certification in TV/Multi-Media. While in attendance Engelhard won first place in the Skills U.S.A. 30 second commercial contest for region six in Maryland. He also was a member of the Linganore High School varsity football team from 2010-2012. Since then Engelhard has been attending Frederick Community College for close to two years. He is working on an associates degree in digital media and is close to achieving another certificate in television production. Engelhard is set to graduate in the spring of 2017. Engelhard recently spent time as a freelance videographer/editor for SENTelevison.com. He would film and edit game footage into highlight packages. He would also co-produce shows for their web series. Engelhard has just started interning for the City of Frederick’s Audio and Visual Department. Although this is a government channel and not sports related, he is expanding his resume and range of work. Engelhard has worked on photography, vidoegraphy, and graphic design projects where he has used many different editing programs such as, Adobe Illustrator, Adobe Photoshop, Adobe Premier, and Final Cut Pro. Engelhard has worked in many professional studios and settings for the past six years Engelhard has future plans to transfer to Towson University to pursue a Bachelors Degree in Electronic Film production. He also has goals of achieving a production assistant job at a local sports network in Maryland such as Comcast Sports Net. 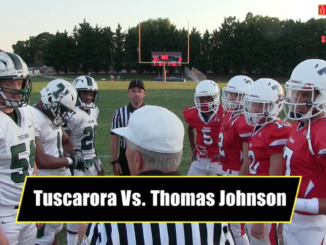