WASHINGTON, D.C. — Tracy Belton ventured to midfield, basking in the buzz of the exuberant Friday night atmosphere inside Verizon Center. The eight-year Arena Football League veteran snagged his second interception of the night — a dazzling one-hander to steal a surefire touchdown from opposing Baltimore — a play he’s made numerous of times in his lucrative indoor football career.

Most of the fans in attendance probably didn’t even know he’s the reigning AFL Defensive Player of the Year, but as soon as Belton stood on the V-shaped, red-white-and-blue Washington Valor logo underneath the jumbotron and flamboyantly spiked the ball to the turf, he and his Valor teammates were slowly carving out their place on the Nation Capital’s sports scene.

In their debut, host Valor handled fledgling rival, the Brigade, 51-38, picking up the franchise’s first win in front of an announced crowd of 15,759.

Belton, who grew up 10 minutes from the Verizon Center and is a graduate of Largo High School, finished the night with a game-high nine tackles and two interceptions with about 75 of his family members and friends in attendance. The night couldn’t have gone much better in the D.C.-area native’s eyes.

Indoor football is a lot like traditional American football, except it’s played on a 50-yard field and punting is prohibited, so there’s always a chance of a scoring play. Instead of 11 players on the field, there’s eight. The scoring is practically the same, with six points per touchdown and one point for place-kicked extra points. Drop-kicked extra points are worth two, however.

The AFL plays four 15-minute quarters with a running clock, with the exception to the last minute of each half.

So, overall, the avid American football fan can catch on smoothly with the Arena League, plus added brownie points for a fan-friendly environment and riveting pace.

Washington (1-0) opened their AFL campaign in style, scoring on their first five possessions to bust open a 34-6 lead with under five minutes left in the second quarter.

After falling behind by 28, Baltimore (0-1) gained traction in the opening minutes of the second half, scoring on their next two possessions to draw it to 34-20 with about eight minutes to go in the third quarter.

Baltimore then got to within 11 with under eight minutes left in regulation — 37-26 — but failed to get any closer.

“I’m very proud of the group, not just our players, but our Monumental staff for allowing this to happen,” Valor coach Dean Cakinos said. “We had a big fanbase tonight; loud, lots of electricity in the building. … We’re very proud to be here.”

Valor quarterback Erik Meyer dazzled, completing 21 of 31 passes for 237 yards and four touchdowns. He also ran for 16 yards on the ground, a game-high.

Meyer, a former league MVP, is 34 years old and coming off a year and a half layoff from football.

“It was a challenge getting that chemistry going and getting that timing down, and coming into this game, we were still trying to figure out each other, quarterbacks and receivers,” Meyer said. “Overall, I thought we did a good job.”

But in the end, after the unknown materialized, players raved about their new office and supporting cast, wide-eyed youth in particular: Autographs, photo ops and a budding sports franchise in the Nation’s Capital.

“Shoot, come out to the Verizon Center, this thing was crazy,” Meyer said. “I was pretty impressed with the people who came out. They were loud. There was one time in the huddle I couldn’t even hear myself when I was calling the play, and it was awesome.”

Tweet
About Kyle McFadden 345 Articles
Kyle McFadden is a graduate from Linganore High School's Class of 2014, a sports junkie and general news-hound. He got his start as a sports writer in January 2014 for Linganore's student-run newspaper The Lance, where he wrote 13 articles. McFadden then launched his own blog in October 2014 called The Beltway Dispatch covering collegiate, local high school and professional sports. Formally known as The Beltway Dispatch, McFadden and Evan Engelhard merged respective platforms in June 2015 to make what is now Maryland Sports Access. With baseball, basketball and golf experience, McFadden brings ample knowledge to the helm of MSA. McFadden covers a wide variety of sports in football, baseball, basketball, golf, hockey, lacrosse, soccer and specializes in the collegiate and high school levels. McFadden volunteers his time at Damascus Road Community Church -- serving as a mentor to the youth, basketball coach at the varsity and junior varsity levels, and leads a small group of high school sophomores every Wednesday night. Although he's only been around journalism since January 2014, he's a high school sports reporter for The Baltimore Sun and freelancer for The Frederick News-Post. McFadden's work has also appeared in DMV newspapers The Aegis, The Capital Gazette, The Daily Times (Delmarva Now), The Hometown Observer, Howard County Times, Germantown Pulse and The Towson Times. He's also won two Mike Powell Excellence in Journalism awards and has appeared on The Best of SNO, which showcases top student work of high school and college journalists. McFadden currently studies at Frederick Community College and plans to transfer to the University of Maryland in the fall of 2018 to work on a bachelor's degree in journalism with aspirations to be a national college basketball writer.
Contact: Twitter 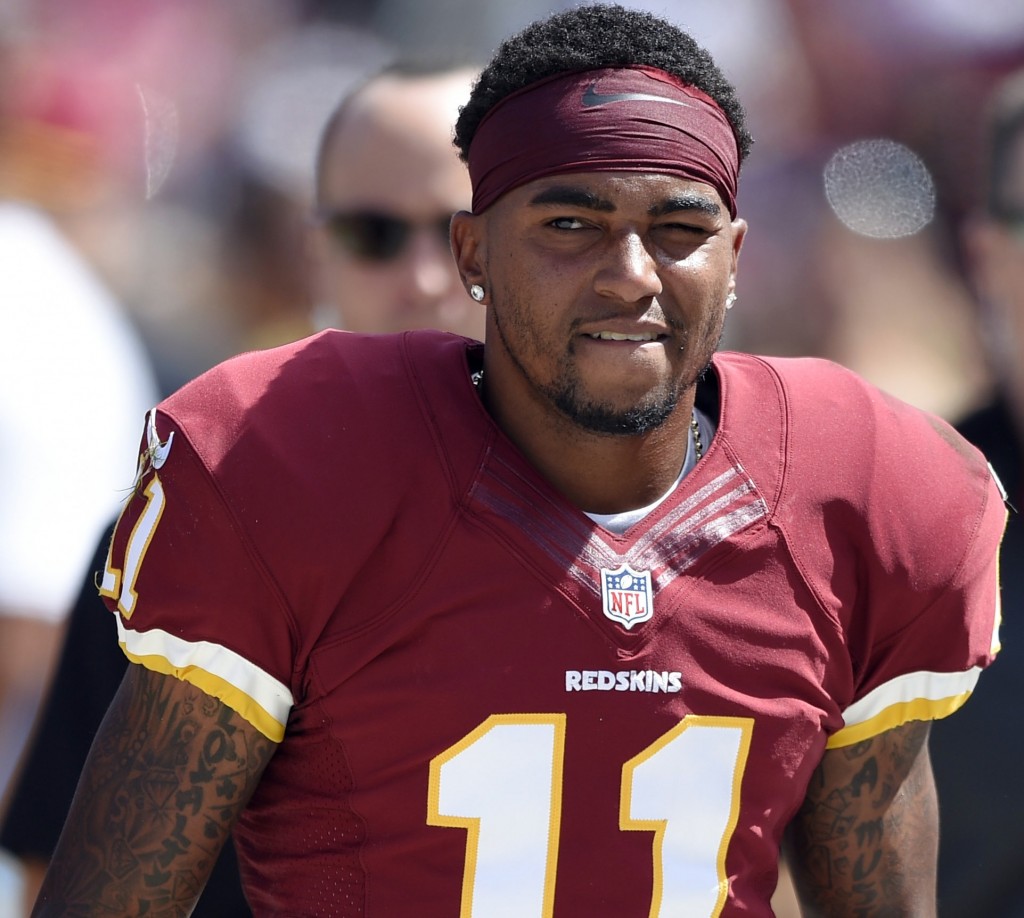 A dream NFL postseason for Maryland